↓
Home→Blog→One Person Can Make a Difference 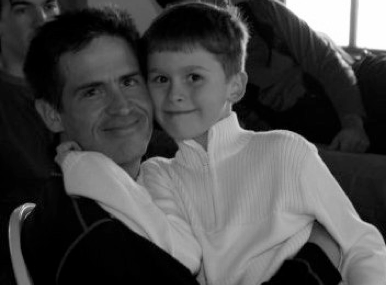 Over the years I have heard a number of inspiring stories that have touched my heart. Some of these have been about great people who continued on their paths no matter how long it took them. Some have created profound works that influence thousands of people in a positive ways. Some have been animals that have proven their intelligence, bravery and loyalty beyond our wildest imagination. The point is that I have come to realize that just like the pebble that is thrown into a still lake we can create far-reaching ripples of influence when we focus our minds.

We have all heard about the man who failed at business at the young age of 22 and 24. He lost political races at the ages of 23, 34, 39, 46, 47 and 49. At 26 he was rejected by the love of his life. At 27 he had a nervous breakdown. At 33 he married a woman who later was found to be mentally unstable. He grew up n poverty. He was tall and gangly looking. Over the years he read every book he could find. There is a wonderful story about him feeling sorry for an old peddler who begged him to buy a barrel of goods. He bought it and thought he would use it when he moved. At the bottom of this barrel was an entire set of Blackstone Law Books, which he studied and then passed the bar exam without going to Law School. This piece of kindness started him on his political path. He is now known as one of our great presidents, Abraham Lincoln.

A number of years ago I went to a conference and listened to Wayne Dyer speak. He told a story that I have never forgotten. As the story goes Miss Thompson stood in front of her 5th grade class on the first day of school. She looked at her students and said that she loved them all the same. This was not true. In the front row, slumped in his seat was a little boy named Teddy. Miss Thompson had watched Teddy the year before and noticed that he did not play well with the other children, that his clothes were messy and he usually needed a bath.

Teddy could be unpleasant. It got to the point where Miss Thompson liked marking his papers with a bright red pen, making bold x’s and putting a big F at the top of his papers. Miss Thompson was required to review each child’s past records, and she put Teddy’s off until the last. However, when she reviewed his file, she was in for a surprise. Teddy’s first grade teacher wrote: “Teddy is a bright child with a ready laugh. He does his work neatly and has good manners. He is such a joy to be around.”

His second grade teacher wrote:” Teddy is an excellent student, well liked by his classmates, but he is troubled because his mother has a terminal illness, and life at home must be a struggle.” His third grad teacher wrote: “His mother’s death has been hard on him. He tries to do his best, but his father doesn’t show much interest, and his home life will soon affect him if some steps aren’t taken.” Teddy’s fourth grade teacher wrote: “Teddy is withdrawn and doesn’t show much interest in school. He doesn’t have many friends and he sometimes sleeps in class.”

Shocked, Miss Thompson realized the problem, and she was ashamed of herself. At Christmas students brought her presents, wrapped up brightly, except for Teddy’s. His present was wrapped in brown paper from a grocery bag. Some of the students started to laugh when she opened his and found a rhinestone bracelet with some of the stones missing, and a bottle of half full perfume. But she stifled the children’s laughter when she exclaimed how pretty the bracelet was, putting it on and dabbing some of the perfume on her wrist. Teddy stayed after school that day just long enough to say, Miss Thompson, today you smell just like my Mom used to.”

After the children left she cried for almost an hour. On that day she quit teaching reading, writing and arithmetic. She began to teach children. Miss Thompson paid particular attention to Teddy. She worked with him; his mind began to come alive. The more she encouraged him the faster he responded. By the end of the year, Teddy had become one of the smartest children in the class. A year later, she found a note under her door from Teddy, telling her that she was the best teacher he’d ever had in his whole life. Six years went by and she got another note telling her he had graduated from high school third in his class, and she was still the best teacher he had ever had.

Four years later she got a letter saying that while things had been tough he graduated from college with highest of honors and she still was the best teacher he’d ever had. Another four years passed and she heard Teddy again telling her he had become a doctor. The last letter she got from Teddy was an invitation to his wedding. He asked her to sit in the place where his mother would sit, which she did wearing his bracelet and the type of perfume his mother wore. After the wedding Teddy hugged her and said, “Thank you for believing in me.” Miss Thompson with a tear in her eye said, “ Teddy you have it all wrong. You were the one who taught me that I could make a difference. I didn’t know how to teach until I met you!”

I believe that it is the small things we do in our daily lives that can make huge differences for others and ourselves. Teachers can make differences in their students lives sometimes, just by smiling at them when they are having a bad day.